Dr. Agata DeMarco grew up in Poland and studied animal science at the Academy of Agriculture, Cracow. She decided to visit the United States and enjoyed it so much that she moved here permanently. Initially, she worked as a commercial scuba diver, jewelry designer, and an artist, before earning her BS and DVM degrees.

Over the years, Dr. DeMarco has owned various exotic pets, including ferrets, hamsters, hedgehogs, and frogs, among several others. During her study at Ross University, Dr. DeMarco’s passion for working with animals expanded to tropical birds and reptiles. She completed her clinical year at Purdue University in 2001 and joined the Kingston Animal Hospital team in 2006 after having worked in another veterinary practice with small animals and exotic pets.

She is a member of MVMA, AVMA, AAHA, and is USDA accredited. At Kingston Animal Hospital, she provides full-service wellness, medical and surgical care, with an emphasis on nutrition, behavior, dermatology, soft tissue surgery, and exotic pet husbandry. If not at work, she can usually be found out on the water or on an adventure with her husband, rescued chihuahua Ivy and Rock the cat. 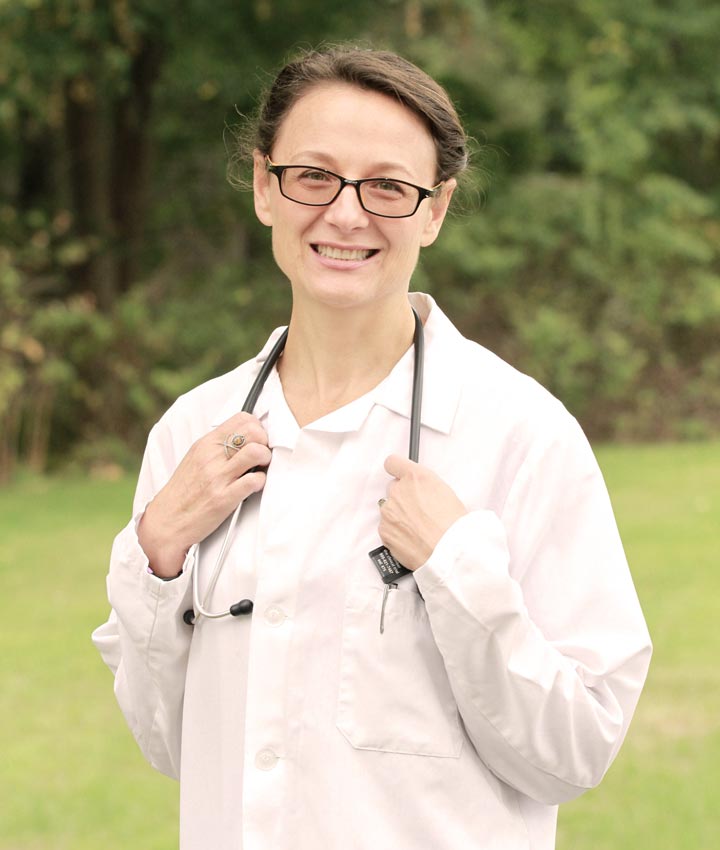